In the short time the Raspberry Pi has been around it has gone through a few changes, each time improving memory, processor, connectively ETC. The following Ham Radio applications for the Raspberry Pi are not mine, they are found from around the internet. If you know of something you think should be listed, please send me details. 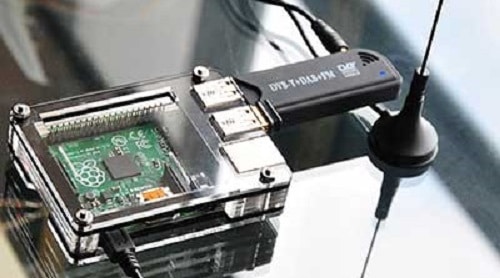 Echolink and much more with your Raspberry Pi. 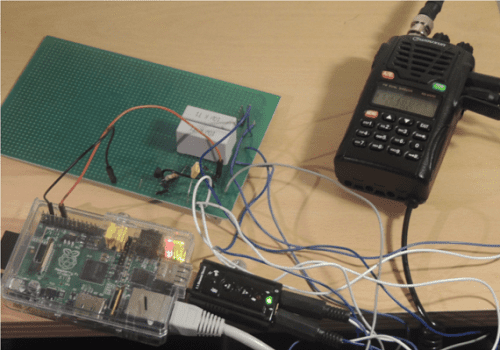 SvxLink is a project that develops software targeting the ham radio community. It started out as an EchoLink application for Linux back in 2003 but have now evolved to be something much more advanced. 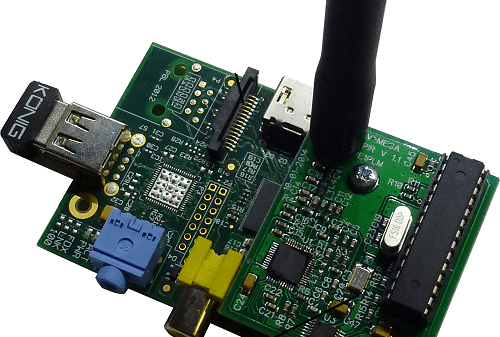 There is more than one way of getting your Raspberry PI up and running your D-Star radio kit using the G4KLX Jonathan Naylor packages, here are a few alternatives. This will work with DVAP / DVRPTR or DVmega 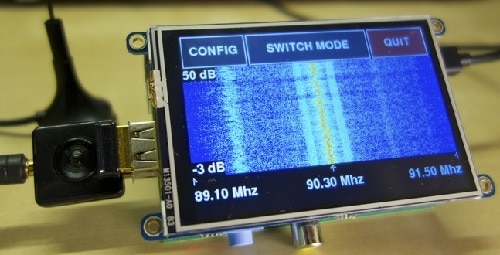 Although dedicated SDR hardware like the HackRF allow you to tune an immense range of the radio spectrum, you can easily get started with SDR using a Raspberry Pi and inexpensive RTL-SDR tuner.

Usually a WSPR station contains a computer and a transceiver, but it is also possible to build very simple beacon transmitters with little effort. For example a simple WSPR beacon can be built using the Raspberry Pi for the transmitter

This simple hack turns your Raspberry Pi into a powerful FM transmitter! It has enough range to cover your home, DIY drive-in movie, a high school ball game, or even a bike parade (depending on the stragglers).

APRS tracking with the Raspberry Pi

APRS with the raspberry pi

TNC-Pi is a special version of TNC-X designed to interface directly with the Raspberry Pi computer. It can connect to the Pi either via the Pi’s serial port, or via the I2C protocol. In the latter case, a single Pi can support multiple TNC-Pi’s at the same time, since each TNC-Pi can be given a unique I2C address.

RemoteQTH Server – great Linux features for everyone with the R-Pi

Software running on the Raspberry PI and configuring Linux programs through a web interface for use with your remote station. All software is the Open-source. Control up to 8 arduino (K3NG code) rotators modules, Azimuth maps, Cluster support, Band decoder, contest Web Log, Webcam with RaspiCam support

The DStar Commander enhanced images for the G4KLX ircddbgateway on the Raspberry Pi are released! This supports all versions of the Raspberry Pi Model B (B/B+/2B) and all versions of the DVAP and the dvMega board. All Raspbian updates (including security updates) current as of the build date are already incorporated into the image. Full documents come with the W6DD image download.

The RasHAWK team has used a Raspberry Pi as the basis for a networked RF sensor capable of supporting spectrum monitoring, signal intercept and direction finding (DF) operations. All of these are fundamental capabilities of any ISR and EW system. For our AOC Tech Challenge demonstration, several RasHAWK sensors are deployed in a distributed sensor grid, wirelessly tethered to a command and control (C2) laptop.

Here is a bunch of short videos to give you a good understanding of the Pi:

Choosing the right two way radio can be overwhelming for a newcomer. It is because ...

Today, CB radios come in different specifications and many of them already have pre tuned ...

Citizens Band (CB) radios are still widely used today because of their capability to be ...

Unlocking GM radios is a common problem among car owners. This happens when someone disrupts ...

Chilling inside your car while listening to your favorite radio program is one of the ...

Radio repeaters might be expensive but it is considered one of the best solutions available ...