Why is the Height of a VHF Radio Antenna Important? 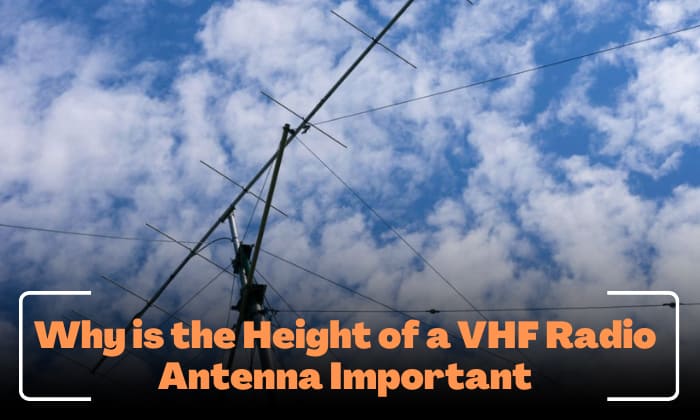 Have you ever asked yourself why is the height of a VHF radio antenna important? Well, you better not underestimate it because a few inches of difference in its length or elevation makes a huge impact on your communication experience while in the ocean.

Clearer communication between boaters relies on their VHF radio antenna’s height. These are known to have a technology that follows a “line-of-sight” between each other. In short, the higher your VHF radio’s antenna is, the better you can communicate.

Reasons Why the Height of a VHF Radio Antenna is Important?

The very reason why the height of a VHF radio antenna is important is that it enables better communication the more that it is elevated.

The higher it gets, the higher the possibility that it could avoid obstructions and lengthen its range making the radio transmission unblocked and faster.

For efficient and successful communication to happen, the VHF radio antenna must see the radio waves produced by the other end of the transmission. The term “line-of-sight” of the antenna pertains to this procedure.

However, these waves are known to diminish their strength over long distances. Together with aerial and physical obstructions (e.g., wind, mountains, and boats), this hinders good signal transmission and could cause poor performance, as does in communication.

Luckily, the answer to this nuisance is just the antenna itself. So for you to minimize and even avoid it, make your antenna elevated as high as possible and do the other tips detailed in this guide.

What is a VHF Radio and Its Importance?

A Very High Frequency (VHF) radio is one of the most widely used marine equipment, especially during emergencies. It is a device that enables sailors to have two-way communication with one another over long distances in the ocean, even up to 25 miles.

In most boats today, there are at least two types of VHF radio used for communication. These are the standard handheld marine VHF radio and a VHF radio with Digital Selective Calling (DSC). 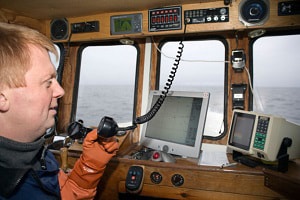 The VHF radio with DSC enables the people in a boat to transmit data digitally rather than only verbally. This is a more advanced way of communication because this could be used to alert the Coast Guard immediately through a digital distress signal.

Notably, it has customized digits that could be conveniently selected for specific purposes.

On the other hand, it is also essential for every boat to have its personnel with marine VHF radios. Its short VHF antenna makes it handy compared to the previously mentioned, especially for accidents that call for immediate action.

Furthermore, marine radio antenna for boats is highly encouraged to be installed for reasons not just for emergencies but also for fast and effective weather forecasts and marine traffic.

However, the VHF antenna for boats has limitations to its transmission. This is due to the fact that its performance highly relies on its surroundings. The more the obstacles, the poorer it can transmit signals.

As you have observed, the external antenna for handheld VHF is sometimes raised to the air for better performance (the same as usual cell phones). This is actually effective because it gives a better height for the antenna which could possibly avoid airborne barriers.

So extending the eight of the antenna could possibly lengthen the range of its radio transmission. Luckily, you are in the right guide to answer the details as to why the height of a VHF radio antenna is important.

How to Calculate the Height of a VHF Radio Antenna? 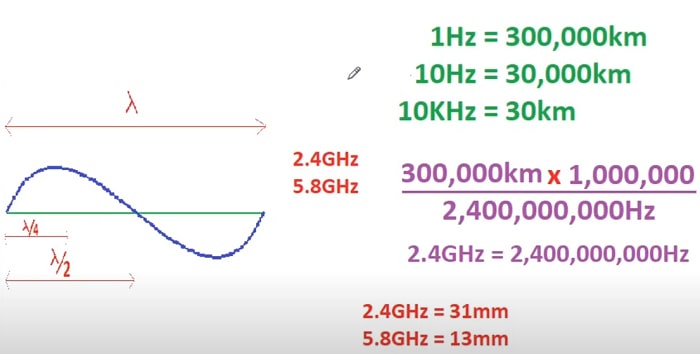 There is a general rule that suggests that the height of a VHF radio antenna should not be more than the length of the boat it is attached to. But a better way to approach this is through the approximation of the area you want to reach your radio’s communication.

This could be done using simple math that utilizes the height of the antenna and the earth’s curvature. The following is the commonly used and simplified version of the antenna height formula.

Note that “d” in the formula is the range you expect to have in statute miles while the “h” is the VHF radio’s antenna in feet. Using a calculator, you can now approximate your preferred antenna height vs range of its transmission. 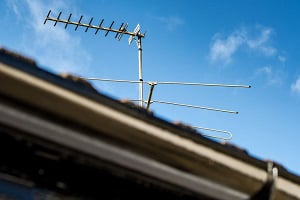 The best way to improve your VHF radio’s range is by placing its antenna as high as possible. You may mount VHF antenna on boat’s radar arch and elevate it using other objects but make sure it is properly placed to avoid damage and unpleasant performance.

2. Have a longer antenna

You could also try using a longer antenna. This way you can use a radiating element but larger, which makes a greater antenna range.

Since VHF waves travel in a straight line, try avoiding obstacles like other boats, mountains, and other airborne elements that can hinder the passage of transmission.

4. Point the VHF antenna in the right direction 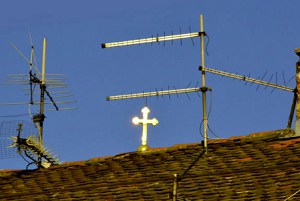 If you know where the location of the other device you are communicating to, try pointing the VHF antenna in its direction. This way it could easily transmit the waves and make communication better.

5. Monitor and increase its power

Together with power monitoring, if you have the budget, you can look for better VHF radios that give you the option to increase their power. It is effective to improve antenna range because its output is highly affected by its power.

But if you really want to improve your VHF antenna range, it is suggested to focus on its height because it is more important than the power output of the radio.

Things to consider before choosing a VHF antenna

There are five things you need to consider before choosing one for your boat. Check first its gain (dB rating), construction, VSWR specification, direction, and possible placement location.

Select a high dB-rated antenna to effectively focus energy in a disk-shaped field parallel to the antenna tip. Your radio signal will become stronger to nearby receiving stations as a result.

Check the antenna construction first to suit your minimum needs. It is recommended to use one that is coated with smooth polyurethane which can last up to ten years without sacrificing efficiency.

Another factor you may consider is the Voltage Standing Wave Ratio (VSWR). Just remember that a value below 2 is enough and suitable for most antenna applications.

You may also want to know that the ideal antennas are Omni-directional ones, especially if you prefer applications that need high all-around coverage. In most cases, all-around coverage is either not necessary or advantageous but it is a great factor to consider in picking one.

Lastly, always know first the possible placement location of the VHF antenna. It will be disadvantageous if it is required to be put in a specific place where its height is not maximized.

How high does a VHF antenna need to be?

As long as it is properly attached, secured, and working, you can place it as high as you can. As mentioned above, its transmission range is proportional to its height. The higher the height of your VHF antenna, the better your communication will be.

Yes, it matters! The length of your VHF antenna is a good indicator of its performance so make sure you have the most appropriate one. Many experts have claimed its role to be important in giving out and receiving certain frequencies.

In some workplaces like boats, for example, a short VHF marine antenna is not preferred by many sailors, especially because they are prone to risky tasks. They avoid inconvenient communication by having a better marine VHF radio to aid emergencies faster.

As you have learned from reading this article, there are a number of things you can consider in treating your VHF radio antenna. But the most crucial thing to keep in your mind is its height placement.

So the next time a random colleague asks you, “why is the height of a VHF radio important?” Just answer straightly that the taller its height is, the better the communication it could provide to all of you.

Choosing the right two way radio can be overwhelming for a newcomer. It is because ...

Today, CB radios come in different specifications and many of them already have pre tuned ...

Citizens Band (CB) radios are still widely used today because of their capability to be ...

Unlocking GM radios is a common problem among car owners. This happens when someone disrupts ...

Chilling inside your car while listening to your favorite radio program is one of the ...

Radio repeaters might be expensive but it is considered one of the best solutions available ...